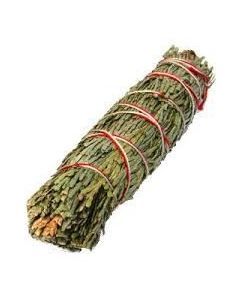 3 in stock.
0 in your basket
View Basket Checkout

In Native American tradition the smoke of Cedar is used to carry prayers to the creator. It is used to bridge the gap between heaven and earth. It also seems that the Cedar tree has connections with power and the sun through many varying traditions such as Sumerian legend, and Egyptian mythology.

It is often associated with breaking the misuse of Power or powerful Forces that may be having a Negative Influence. This does connect further with Native American tradition where the burning of Cedar is used to help banish Nightmares and also to release Heavy Emotional energies such as Depression.

It can also be used for cleansing a house or dwelling and are often used in this way in Feng Shui.

The Cedar Tree is known as a Spiritual and 'Wise' tree and has been honoured for thousands of years. The wood was burned at the doors of sacred temples to Cleanse them.

Its Spiritual Effect would Attract Good Spirits, and will also bring Strength and Protection.

Cedar is often used for Smudging because it has a fresh and sweet fragrance that can help promote Concentration and help you Relax. 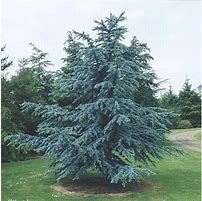