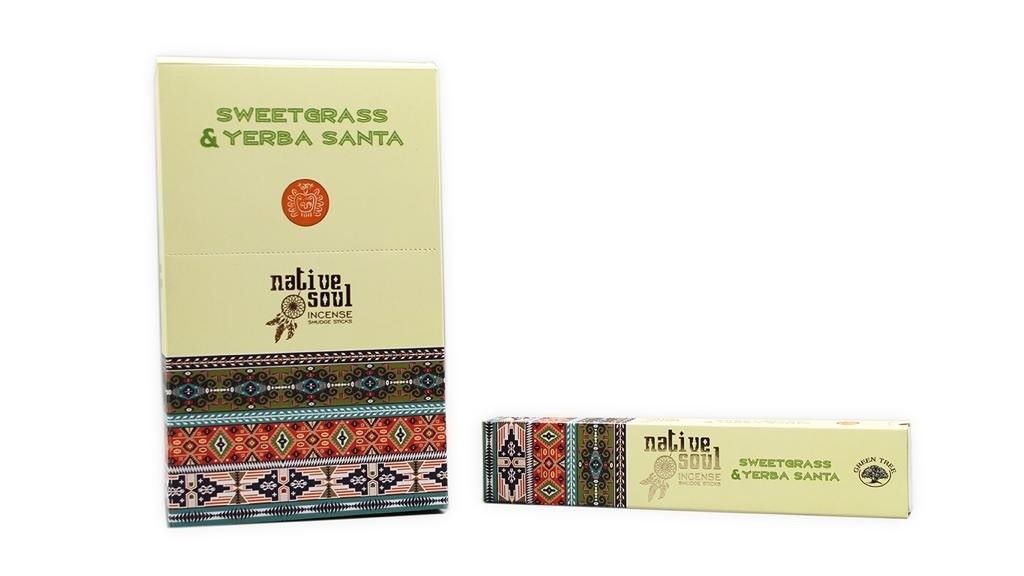 Yerba santa is a member of the waterleaf family and is also sometimes referred to as Mountain Balm, Tarweed and Gum Bush, amongst other names. It's an evergreen shrub and can be found growing naturally in clumps of six to 10 on dry hilly areas of Northern Mexico, Arizona and California.

The herb was widely used by Native Americans and was particularly famed for its ability to ward off negativity and provide an element of protection. The leaves were often carried by individuals to boost their spiritual strength and, in incense form; it's still used today in a healing capacity.

Sweetgrass - Purification, Prayer
Sweetgrass can be found growing in the Plains of the United States, as well as in some areas of Alberta in Canada. It's a distinctive green grass, being tall in stature with wide blades and a reddish tone at its base.

It's got similar properties to Sage, popularly being used as a Purifier of places, objects and people to Encourage Positive Energy and Dispel Old and Negative Vibes. It was often used in Native American sweat lodge ceremonies, where the sweet scented herb was sprinkled onto the hot rocks to improve the energy inside the lodge and fill the air with a sweet aroma.

Traditionally it was plaited into long braids - ideal for using during cleansing, prayer and smudging - and is still often found sold like that today. Belief has it that when sweetgrass is burned, a prayer is sent to heaven on the smoke. It's properties make it ideal for using in quiet moments of contemplation, as well as when wanting to create an air of purification.

It's an ideal incense to choose if you want to bring an air of healing, protection or increase positive vibes in an environment. When burning your Sweet Grass & Yerba Santa Incense, try to feel connected with a power greater than yourself. You may say prayers while using a feather, or simply the palm of your hand, to brush the smoke over you.