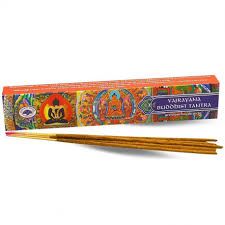 25 in stock.
0 in your basket
View Basket Checkout

This unique Incense is made according to traditional recipes over 400 years old and is a closely guarded secret, but frequent users of this Incense will detect the hints of Jasmine and Myrrh with a background of Frankincense.

Musk is another ingredient which has a powerful under tone and once they have been blended, they are topped with a delicate feminine touch of flower petals such as Ylang - Ylang which all work together to help this Strong and Grounding Aid to any form of Meditation or Relaxation.

Tantra originated in India and appears in both the Hindu and Buddhist traditions. It brings Tibetan Buddhism a magical element and a rich portfolio of heavenly beings.

It also brings a lot of spiritual techniques such as Mantras, Maṇḍala, ceremonies, and many varieties of Yoga. Vajrayana Buddhism is a form of Buddhism probably originated from the Mahayana tradition. It is based on a complex philosophical and ritual system meant to offer a path towards enlightenment.

Vajrayana is sometimes called Tibetan Buddhism. The term 'Vajrayana' roughly means ''the way of the diamond.'' The word 'Vajra'refers to the diamond-hard thunderbolt that was used as a weapon by Indra, the Hindu god of thunder  and rain, and 'Yana' refers to the way or the spiritual vehicle for achieving enlightenment.

Vajrayana Buddhism developed in India around the 6th or 7th century CE. Tantric ideas began to be incorporated into the teachings of Buddhist universities in Northern India, gradually leading to the development of a new tradition.

With Vajrayana Buddhism you can provide a faster path towards enlightenment, thus reducing the need of experiencing several  lifetimes before reaching illumination. It is to be practiced by every person, not only monks.

Green Tree Incense is produced free from Any Animal Products and has No Artificial or Harmful Petro-Chemicals, this keeps ALL Elements of Manufacture and Production in line with the Company’s ‘Green Image.’

This product is available as an Incense Cone. 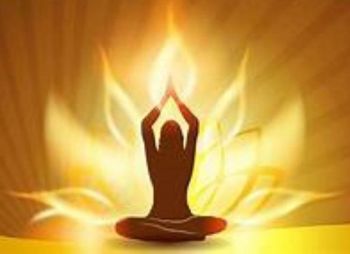 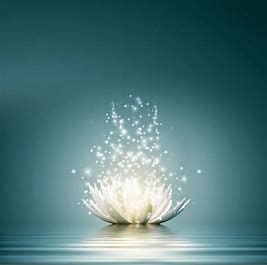